“Black Panther: Wakanda Forever” is the latest introduction into the Marvel Cinematic Universe.

Marvel and “Black Panther” fans alike were left wondering in what direction Marvel would take the character after the tragic death of “Black Panther” lead Chadwick Boseman, who passed away in November of 2020 after a long battle with colon cancer.

The film follows the people of Wakanda fighting to protect their home from the rest of world, after the death of their king T’Challa (Boseman).

The film had its obstacles — most notably the death of Boseman — but the film does a great job advancing the story in a way that is respectful to Boseman and also doubles as an emotional tribute to him.

The film also does a good job developing the characters from past projects and introducing interesting new characters, most notably Namor, and Iron Heart.

Ryan Coogler continues to prove that he is one of the best directors at Marvel, and this film is making lots of people interested in his future projects both inside the Marvel Cinematic Universe and beyond. 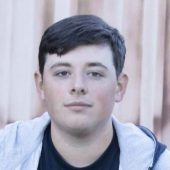 “The Runner Stumbles” premieres this weekend