The University of Wisconsin-Superior has a variety of student clubs and organizations, one of which is the UW-Superior Marksmanship Club.

According to the Peptomist, the Marksmanship Club has been around campus since 1929, but now the club is no longer considered an intercollegiate sport.

Still, the Marksmanship Club competes in the Western Intercollegiate Rifle Conference alongside other universities including Purdue, Michigan Tech, Michigan State, among others.

The captain and president of the UW-Superior Marksmanship Club, Aik (Hayk) Arzumanyan is a computer science major. Arzumanyan oversees recruitment and helps ready the team for competition.

The Marksmanship Club does not teach personal protection or military shooting of any kind. Rather the club focuses on technical precision and focus, mental and physical awareness of calmness, and process instead of action, all skills essential to this Olympic sport.

The club uses highly specialized equipment, including the same type of small caliber target rifles as used in the Olympics and canvas suits intended to provide some support while steadying 15-pound rifles for 60 shots.

The coaches, Todd Blomfelt, Glen Novack and Chad Lampi are all former competitors and experienced instructors. They teach firearm safety, the commands of the firing line, and proper positions to achieve high scoring targets.

The Marksmen Club meets every Tuesday at 5:30 p.m. For more information about the club and how to join contact either Arzumanyan, aarzuman@uwsuper.edu, or Blomfelt, tblomfe1@uwsuper.edu. 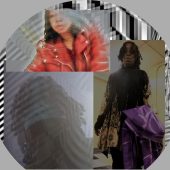