Political Science and Social Inquiry Department Chair Dr. Khalil “Haji” Dokhanchi teamed up with the American Red Cross and Amnesty International to create a walk-through exhibit for the UWS community to gain insight into refugees’ experience.

This event, held on November 18 from 9 a.m. to 7 p.m., included activities to simulate the many uncontrollable events refugees face as they flee their home country. When participants started the activity, they chose six objects to “take” on their journey.

The activity began at the first table in Afghanistan, and then people moved to the other tables set in Iran, Turkey, Greece, Macedonia, Serbia, Hungary, Austria, and Germany.

As people moved through each section, they rolled two dice to determine whether they moved forward, stayed, or returned to Afghanistan. At each stop, one must get rid of one item.

Leaving items behind represented how it is nearly impossible for someone to keep everything they brought as they traveled through different rough conditions. There were also different setups to show items a refugee might get at other refugee camps.

Refugees must move from their home country due to war or civil rights problems, and a migrant is someone who chooses to leave on their own time.

At the exhibit’s end, a quiz asked participants to identify if a given scenario applied to a refugee or migrant’s experience. There was also a short activity with balloons where one keeps four balloons in the air for six seconds straight.

This activity represents the struggles a refugee might experience and the responsibilites they may have to juggle after they move to a safer country. Some examples include the language barrier and finding a job.

Dokhanchi hoped those who visited the exhibit learned what a refugee is, the difference between a refugee and a migrant, and how they become a refugee in the first place. 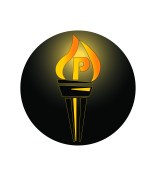 International students and the challenges that they face – Expenses and Budgets

THE NEW “BUZZ” ON CAMPUS