The University of Wisconsin Superior theatre department is experiencing emotions that are common throughout the community: sadness and optimism. The theatre department was set to begin with an opening night performance of the musical comedy: “Company” on March 27; however, the production was one of many cancelations across the globe due to the COVID-19 outbreak. As preventative measures continue into summer, the annual theatre camp that UWS hosts has turned to an online platform.

Music professor Dr. Jeffrey Madison, director of “Company,” shared his thoughts on the uniqueness of this production, saying, “this show was a special blend of alumni and students.” “Company” was set to be a new venture created by the partnership between the music and theatre departments, after years of previously alternating between productions of a musical and an opera.

Dr. Madison was directing his second production at UWS. “The reason people work in the arts is to communicate with others. We want to share our work. Sure, it can be exhilarating, terrifying, or some wonderful combination of the two; but it is in the sharing of the characters and their journeys that makes the work so rewarding. We got all the way to the end of the process, we stopped just before production week, and said goodbye before anyone saw it.”

Each week consisted of 14-15 hours of rehearsals, all of which was lost when it was finally showtime. This led to a lot of tough emotions to process. As Dr. Madison concludes, “Thinking about it now, it’s still as devasting today as it was on our last night together.”

His optimism for what is to come does not go unnoticed though, “We will go forward with more wonderful projects, just not this one. We were the only audience for our work. I had the best seat in the house and boy, was it good.”

Taylor Jones, a current UWS Vocal Performance major and one of the 35 cast and crew members, expressed her emotions as well. “This production was super special in the fact that we gained access to the rights of the show right before ‘Company’ went on Broadway, and once a show is on Broadway, people can no longer perform it until it comes off again.” “Company” was set to be Jones’s second theatrical performance at UWS.

Theatre creates a bond, and through that bond, a piece of art is collectively created. Jones emphasized how this process brought together a diverse group of students and alum, and through that process and beyond, a sense of family was built. “We were devasted for what we lost, but the feelings were more centered around being grateful for this opportunity to work together and create art and the love that we had for each other.”

“I love working with Dr. Madison because he is a caring, patient and brilliant director. Theatre gives you an opportunity to continuously add more people to your circle, I couldn’t be more proud and grateful for who I was able to add to it this time around,” reflected Jones.

Additionally, the theatre department had to find a solution for their annual theatre camp. After 12 years of holding the camp, University Theatre Director Cathy Fank was eager for the summer camp to proceed.

Although things are not set in stone, according to Fank, the camp will continue via Zoom from June 15-26 and will be presented as a radio-theatre style production. This summer’s performance will be a mystery comedy play.

When asked what a radio-theatre style production looks like, Fank said, “My best way of describing what’s in my head is that you will see the campers in costumes with virtual backgrounds. They will also be the ones who create many of the sound effects for the show. They will act out their parts with props that they make and create sound effects…somewhat similar to ‘old time radio shows,’ but with a video feed.” The final show will be available to stream via Zoom. 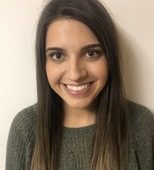 Elle Kolquist was born and raised in Duluth, Minnesota, but experienced life in Southern California for a little over a year back in 2016. This coming spring, Elle will graduate with a major in communications with a concentration on media and a minor in marketing. Elle hopes to pursue a career in advertising or social media marketing. Elle enjoys being outdoors, hiking, cooking, and being around friends and family.