Impeachment: What is it, and how does it impact you?

Written by: Promethean Staff, in collaboration with the Spartan Spin Staff

Editor’s Note: This story was co-written by UWS student Michael Michelizzi and Superior High School (SHS) students Chase Colby and Dale Summerfield Jr. This piece was part of a series of collaborative efforts between the journalism class at SHS and the Promethean staff, nicknamed the Catlin Connection. Recognizing the confusion that college and high school students may have surrounding the impeachment situation, the two staffs decided a collaborative approach would be the best way to present to both audiences.

If you’ve turned on the news or gone on social media at all in the last three months, you’ve likely seen the word “impeachment.” Many social sciences professors discussed it in their classes, and Dr. Joel Sipress and Dr. Alisa Von Hagel co-hosted a public forum about impeachment on Oct. 29. But what does the word really mean? Why are we hearing it so much in the news, and what does President Donald Trump have to do with it?

Impeachment is a process given to the legislative branch of the United States government through the U.S. Constitution. The term is often used incorrectly to refer to the removal of an elected official from office, but the truth is that the word only refers to the filing of charges. The process of impeachment is a long and distinct one. There are specific rules that officials have to follow if they are hoping to remove someone from office. It starts when any group in Congress investigates the actions of an official to see what they could possibly charge them with. During this time they gather information for when they present their case to the House of Representatives. They also collect their witnesses that they want to use for the case.

These investigations then turn their findings over to the House Judiciary Committee. The Judiciary Committee will then write up a report of their findings, and draft the articles of impeachment. These articles are then voted on by the full House of Representatives, and only need a majority to pass. Upon passing, the individual is impeached. From there, the full Senate will hold a trial against the accused. The 100 senators act as a jury, with the Chief Justice of the Supreme Court presiding over the trial in the case of a president. Once in the Senate, conviction requires a two-thirds majority of those present. If convicted, the individual is removed from their office.

Who can be impeached:

Any elected official is eligible to be impeached. According to Article 2, Section 4 of the Constitution, the president, vice president, and all civil officers of the United States can be removed from office. At the federal level, the House has impeached 19 people in its history. This list includes 15 judges, two presidents, a senator, and a secretary of war.

Why can someone be impeached:

The most common reason for impeachment in U.S. history has been intoxication on the bench. This is a crime specific to the many federal judges who have been impeached. As far as specifics, the constitution lists that a president can be impeached for treason, bribery, or other high crimes and misdemeanors. While treason and bribery have a legal definition, high crimes and misdemeanors is purposely left undefined. Impeachment is viewed more as a political act than a legal one.

The current case against President Trump:

On Tuesday, Dec. 10 the House Judiciary Committee laid out two articles of impeachment against President Donald Trump. These articles say that he abused the power of his office and obstructed Congress in its investigation of his conduct regarding Ukraine. This investigation was spurred after a whistleblower complaint in early September regarding a July 25 call between President Trump and Ukranian President Volodymyr Zelensky. President Trump threatened to withhold congressionally approved aid for Ukraine in exchange for Ukraine publicly opening an investigation into former Vice President Joe Biden and his son, Hunter.

Following the initial whistleblower complaint, Speaker of the House Nancy Pelosi (D-CA) announced on Tuesday, Sept. 24, that the House of Representatives would launch an official impeachment inquiry into President Trump’s actions and dealings with Ukraine.

After claiming that he had committed no crimes, President Trump and the White House announced that an official transcript of the July 25 call with President Zelensky would be released Thursday, Sept. 26. It is important to note that the transcript which was released was not a verbatim transcript, but a memorandum summarizing roughly what Presidents Trump and Zelensky said.

During the July 25 call, President Trump also mentions his personal lawyer, Rudy Giuliani and Attorney General Bill Barr as willing to aid in a potential Ukranian investigation on former Vice President Biden. On Sept. 30, after the release of the full transcript, news outlets began reporting that Secretary of State Mike Pompeo took place in the call. On Oct. 10, two Ukranian associates of Giuliani, Lev Parnas and Igor Fruman, were arrested on campaign finance violations. The next day it was announced that prosecutors were investigating Giuliani’s ties to Ukraine.

Throughout October, various House committees held closed-door hearings of potential witnesses who might have more information on President Trump’s dealings including Dr. Fiona Hill – a former Trump adviser on Russia, Marie Yovanovitch – a former U.S. ambassador to Ukraine, and Lt. Col. Alexander Vindman – a National Security Council official. After listening to closed door testimonies, the House of Representatives passed an official resolution to approve the impeachment inquiry, the passing vote being 232-196.

Following this vote, the House began hosting public testimonies. As figures like Dr. Hill, Yovanovitch, and Lt. Col. Vindman began to testify, details about the White House’s relationship with Ukraine became public. Dr. Hill chastised the White House for promoting a false narrative of Ukrainian interference in the 2016 election. Yovanovitch testified that there was a smear campaign against her, spearheaded by the President, because of her opposition to activities in Ukraine. Lt. Col. Vindman tried, and failed, to restore key details to the July 25 phone call transcript. Gordon Sondlan, ambassador to the European Union, testified that there was a “clear quid pro quo” between the Ukranian government and the White House. He also added that he “presumed” the release of foreign aid to Ukraine was tied to investigations regarding the Bidens.

What stands out from these public testimonies is who did not testify. On Dec. 6 the White House publicly announced that they would not testify. From the beginning, President Trump and the White House have railed against the process, calling it “partisan and unconstitutional.” Additionally, Giuliani, Pompeo, and Mick Mulvaney, Trump’s acting chief of staff, have all failed to comply with subpoenas and depositions. John Bolton, Trump’s former national security advisor, is believed to be a potential key witness for Democrats. Bolton declined to appear at a voluntary interview on Nov. 7.

Many key witnesses close to Trump have defied their subpoenas and depositions, something Democrats have based their charge of obstruction of Congress with. Defending their actions, many who have failed to comply with subpoena requests are waiting on the verdict of a lawsuit that will determine if the individuals have the ability to defy the president’s orders to not testify.  The article of impeachment regarding obstruction of congress relates to this point. House judiciary committee chair, Jerrold Nadler (D-NY) notes that Trump ordered his defy lawful subpoenas surrounding the impeachment inquiry.

From here, the full House will hold a vote on the two articles of impeachment. As of Wednesday, Dec. 11, this vote is not yet scheduled. If this vote receives a simple majority, President Trump will be impeached and receive a trial in the Senate, requiring a two-thirds majority vote for conviction on either count and removal from office. 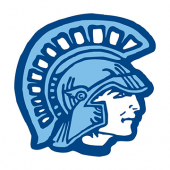 The Spartan Spin is the Superior High School, student-run newspaper that has been published yearly since 2001.

From the desk/computer of the Promethean adviser

COVID-19 And Me: Rachel Prost

THE NEW “BUZZ” ON CAMPUS

From Minnesota to Alaksa – a summer adventure